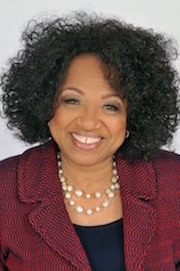 The first woman in her family to earn an advanced degree, Rhonda Hill Wilson has been practicing law for nearly three decades. She is admitted to practice in Pennsylvania, New Jersey and New York. She is a member of numerous federal bars, including the U.S. Court of Appeals for the Third Circuit.

Ms. Hill Wilson launched her own firm in 1994, after leaving an insurance defense practice. At that time, she decided to fight for the rights of injured individuals and their loved ones. She now concentrates her practice in nursing home negligence, while also handling medical malpractice, catastrophic personal injury, wrongful death, motor vehicle accident and premises liability matters. Ms. Hill Wilson's years of experience representing insurance companies provide her clients with the distinct advantage of having an attorney who knows how the defense approaches cases.

In addition to years of experience and a thorough knowledge of the law, Ms. Hill Wilson brings a high level of integrity and compassion to her practice. She cares about her clients and their families. She strives to achieve excellent legal results combined with a strong focus on client needs. Ms. Hill Wilson's clients know that they have an accessible, honest and caring lawyer on their side.

An accomplished and award-winning leader, Ms. Hill Wilson has presented, lectured and taught in areas including nursing home litigation, deposition strategies, ethics, damages, direct and cross-examination and the essentials of civil litigation. She has been named one of the Top Black Lawyers in the Tri- State Area by The Network Journal, she has received the Presidential Award from the National Bar Association, she's been made a member of the Million Dollar Advocates Forum and she has been listed twice in Who's Who in American Law, just to name a few.

In an effort to educate the public, Ms. Hill Wilson began a radio career in 1993. From 2003 through March of 2007, she hosted “Truth Rising” which was heard on WURD 900-AM on Fridays from 10 am-12 pm. On “Truth Rising,” Ms. Hill Wilson discussed local, national and international legal and political issues. From March 2007 through November of 2009, Ms. Hill Wilson co-hosted "The Morning Team" on WURD on Fridays from 7 am-10 am. She serves as a role-model and gives back to the community by teaching young, inner-city women life skills and goal setting strategies, and has acted as the chair for the Philadelphia area "A Mind Is" Annual Giving Society, a national contributors' program of the United Negro College Fund.

Juris Doctor, Washington College of Law, The American University, May 1979

Top Black Lawyers in the Tri-State Area, 2002, The Network Journal